The Messenger is the Message: Lecture at Mass Art

This March, Michael Sheridan of CSFilm will be giving a lecture entitled: “The Messenger is the Message: Why I Worked with Afghans to Tell Their Own Stories” at the Massachusetts School of Art and Design.

Below is a brief description of the lecture: 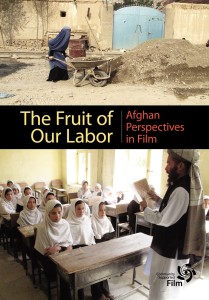 Frustrated by the American media’s self-centered battlefront depiction  of Afghanistan, Michael went in 2009 to make a documentary from the  perspective of Afghan villagers. To match the method to the message, he  trained Afghan women and men in lived-reality documentary  filmmaking. The intensive 5-week training resulted in a compilation of  ten short films that provide a unique view of Afghans’ daily efforts to  address their challenging social and economic conditions.

As Robin Young, host of NPR’s Here and Now, reported, “Michael put cameras in the hands of Afghans and gave them training to make films about their lives. The result is an unprecedented intimate look at Afghan life with exchanges no outsider has been privy to before.” From Michael’s work in Afghanistan, he developed Community Supported Film an organization dedicated to strengthening documentary storytelling from the local perspective.

Michael will talk about the process, show excerpts from the films made by the Afghan trainees and compare them to the stories and images provided by the mainstream media. You can watch excerpts of the films here.

The lecture will be held on Thursday, March 20th, 2014 at Massachusetts College of Art and Design, in the Trustees Room (11th Floor, Tower Building) Boston, MA. Light refreshments will be served at 6:00pm, lecture begins at 6:30 pm.