by Michael Sheridan, Founder and Director of Community Supported Film

From November to January I did three trainings in Indonesia and one in Afghanistan.  These commissioned trainings have provided wonderful opportunities to try CSFilm’s extremely efficient training model in different configurations – with both radio and video storytellers, and with media makers of different skill levels. 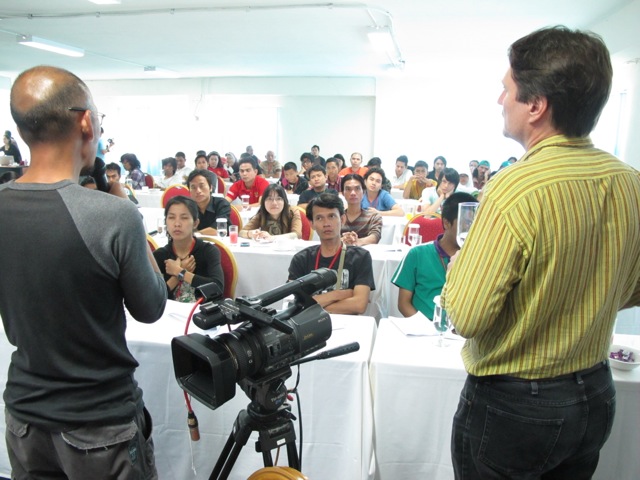 In Indonesia I was commissioned by the Ministry of Education to provide three, 4-day trainings for people with some background in filmmaking.

In Indonesia I was commissioned by the Ministry of Education to provide three, 4-day trainings for people with some background in filmmaking. Yes, four days is a ridiculously short time – especially with the expectation of creating completed pieces by the end of each training. My first response was “No, it’s not possible”. But then I negotiated for more equipment for the students and decided to go for it. In each city I had 50 students, and in two cities the students varied dramatically from high school students to college professors, from hands-on filmmakers to critics. In Denpensar, Bali, it was more of a uniform audience of makers.

What fun it all was! But also incredibly intense. The trainings were called “Back to Basics – Lived Reality Documentary Filmmaking.” In a culture of top-down, highly directed and often overly narrated storytelling, my mission was to strip down the production work and encourage character-centric, experiential storytelling.

I’d like to show you two clips that demonstrate how the students’ work transformed over just four days.

On the first day, the students were asked to shoot one complete scene of a hotel worker, kitchen staff, cleaner, gardner, etc…, with all the required coverage and cut-aways. They were asked to pay careful attention to their visual storytelling, scene completeness, use of lens focal lengths, camera positioning, framing and composition. They were specifically requested to keep an invisible wall between themselves and the subject, – meaning not to engage or direct who they are filming.

The silent filme below is one example of what was made as a result of this first exercise, and shows the approach the students came to the training with. As you can see it is really hard for this group of Indonesian students not to direct and to engage with their subjects. They are used to a very top-down production style.

Over the next two days we practiced intensely and hammered home further lessons on lived-reality documentary principles.

On the last day the students were asked to produce a short video profile on a subject from the community.  The video below is what was produced only three days later.  It demonstrates what the training emphasizes: visual, character-driven, scene-based and experiential filmmaking.  The viewer is engaged in the challenges that horse and buggy taxis are facing. 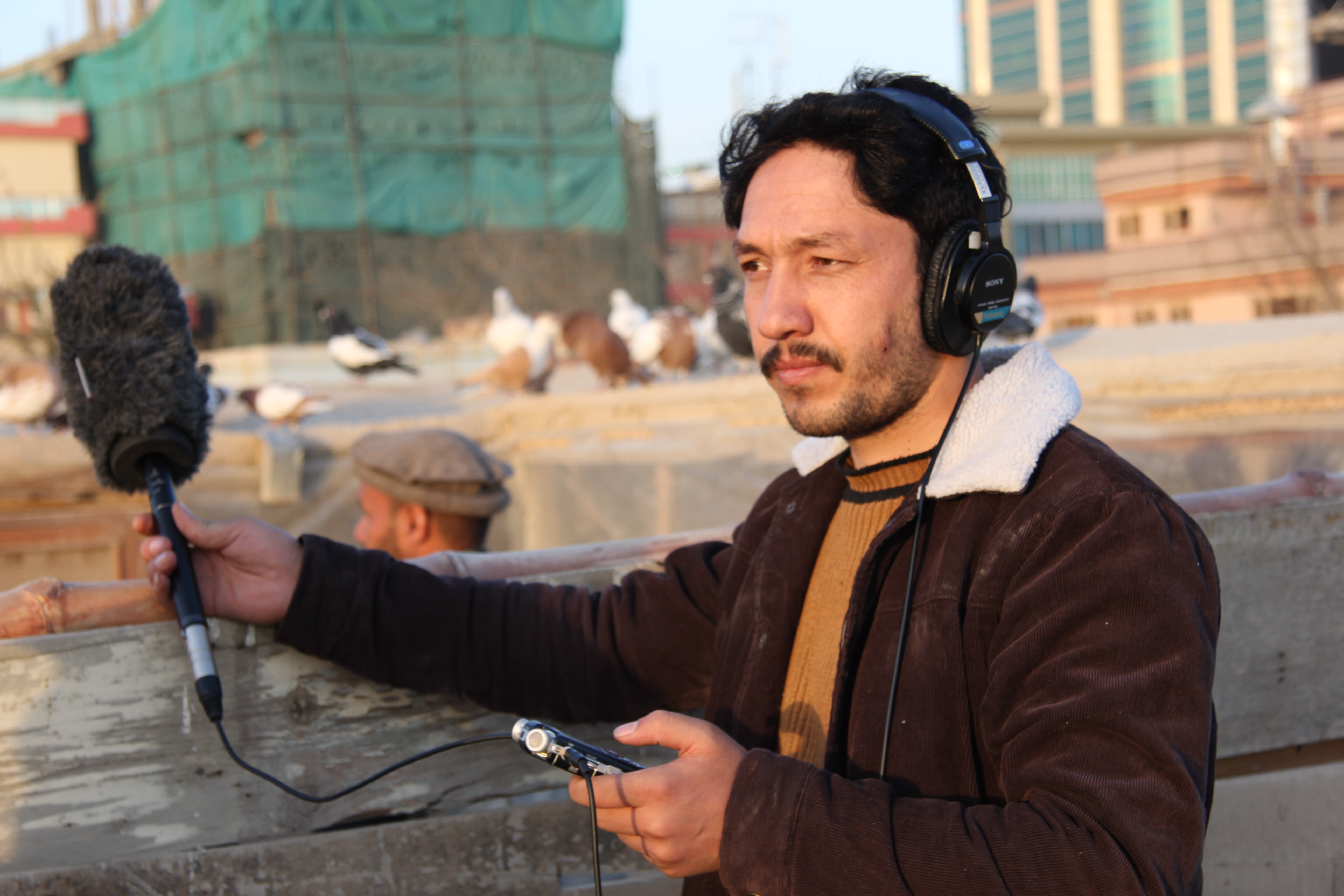 In Afghanistan I was commissioned by America Abroad Media (check out their great podcasts here) to work with their Afghan staff in Kabul on storytelling skills for a radio series they were producing on Afghan women entrepreneurs.  Even though they were working only with sound, the challenges for the team were very similar: they needed less narration, more voices of story subjects, and much more ‘lived-reality’ natural sound.

Below is a brief sample of what the pieces sounded like before the training. Of course you probably won’t understand what is being said, but you can certainly get a sense for the general flavor of the sound environment which is only made up of music, long narrations and interviews – no scenes or experience of the  world the characters are living in.

Below is what the same staff were producing just 10 days later after going through a series of exercises in natural sound recording, scene structure, story and script development, and interviewing.  This story about ram fighting leads in with a sound scene that draws the listener in to want to know what is happening. The loud noises are the rams slamming into a panel with garlic on it, which angers them. The scene includes natural conversation that then leads to the same person speaking in an interview to further inform the listener. The story develops with a number of additional characters that introduce various issues related to ram fighting, its practice, and whether it is a proper activity for the animals and for Muslims.

The radio staff did an incredible job, working with great perseverance to ‘get it’ and to put what they learned into practice right away.