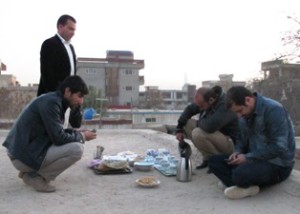 I’m now in Kabul to conduct a radio documentary training for the Afghan staff of America Abroad Media, and yesterday was a tough roller coaster ride of a day.  The first day of training went surprisingly well – considering I had had my computer stolen, seemingly from my room at the guest house, the day before.  I had to recreate syllabus and plans.  It was a lesson in staying very focused as I pieced together one thing after another: one breath, one thought, one element of a task, one stumble at a time…and such exhaustion. It is incredible that almost everything, except some specific radio oriented training prep and research I had done recently, seems to be saved in Dropbox online or on my backup drives. 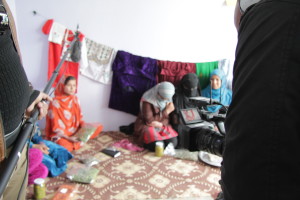 Fortunately I was maintaining backups while in Indonesia to my externalhard drives and very fortunately had brought all my software backups. This great fortune allowed me, without too much difficulty, to setup my Avid editing software on the Mac at the office for my editing demonstrations. I had to really dig into my years of ‘figuring it out’ and got lucky overcoming some barriers that could have gotten me stuck for days, or maybe made it unworkable.

I’m using a PC laptop that Fareedoone, local director for America Abroad Media, very generously and immediately lent me. I am, however, finding it incredibly difficult figuring out how to accomplish simple tasks; it really makes me slow down and breath! It was amazing how Fareedoone immediatly sent over a laptop for me when I called to tell him mine had been lost. There was markedly no commiseration over the lost computer – just immediate response and assistance;  loss  is  very relative here and people protect themselves by not dwelling on it. The depth of the emotional scars and the stability of the mental state never ceases to boggle. 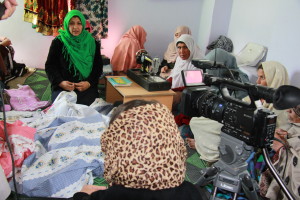 The training is all men, 6-8 people depending on who shows up, a mixture of Pashtuns, Tajiks and Turkmen.  After decades of ethnic conflict, it is very hard for people here to trust each other and most people only work with people they know from within their family and long established circles – and this often divides sharply on geographic and ethnic lines. America Abroad Media, like so many other organizations, strives for diversification and to break the practice of relationships trumping performance.  It is always a challenge in  country where, after decades of slaughter, fear of the other creates very strong resistance and never-ending divisions.

There are very ambitious expectations for the training. The contract is for radio, but the trainees would like several days to be spent on video production as well. There are some big misunderstandings about what makes a documentary successful and about the business of documentary filmmaking abroad.  It is not believable to them that filmmakers aren’t hired and paid consistently and substantially in the west. Some are completely baffled when I tell them that many people make films without any ‘return on investment;’ they wonder why a filmmaker would bother. 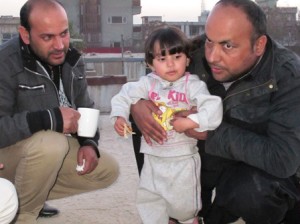 The second day of training was really good. The electricity goes off and on so maintaining a flow around the editing and sound work today was a bit hard. But it still went well, and it is such a pleasure to be working with people who are so eager to learn and improve.  I went with the trainees on a shoot, separate from the training work. (On principle during trainings I don’t go out with the students on assignments – they have to dive in and learn by doing without becoming dependent on a guiding hand). The shoot was for a series they do called “When There is No War.” It profiles people’s hobbies and pleasures in life. Today’s story was on a man with homing pigeons.

In terms of the ‘state of affairs” here, the general mood seems to be ‘prepare for war and hope for peace’. As one colleague described to me, many Afghans are looking for ‘fellowships’ abroad, or figuring out where and how they will get their families out — all while standing tall and patriotic for peace (or war) at the same time. He did emphasize that there are real efforts, particularly by some younger activists and NGO/government people, to move towards a more viable peace process. While fearing the worst, most really can’t believe that it is Déjà vu 1989.