Exclusive online broadcast of “Death to the Camera” – Nov. 26 – Dec. 2, at GoodMenProject.com 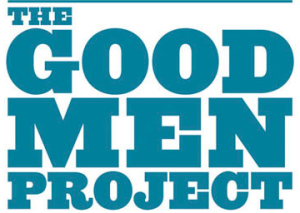 The Good Men Project exclusively presents “Death to the Camera,” one of the ten documentary films in the collection The Fruit of Our Labor – Afghan Perspectives in Film. For one week only, the full 20 minute film will be available to watch on their website!

The Good Men Project writes, “Stylistically, the documentary reminded me of 12 Angry Men in that the narrative thrust is carried not by scene changes but by what can result from a lack of them: a laser-like focus into a situation and the jagged edges of multiple minds trying to resolve something together. In this case, Death to the Camera shows Afghan women on a work site…” Read the rest of the article and watch the film here.

The Good Men Project is a diverse, multi-faceted media company and an idea-based social platform, fostering a national discussion centered around modern manhood. They write about fatherhood, family, sex, ethics, war, gender, politics, sports, pornography, and aging. Their content reflects the multidimensionality of men, searching far and wide for new stories and new voices from “the front lines of modern manhood,” without moralizing and without caricaturizing their audience.