The Fruit of our Labor to be Screened on WORLDDOCS

The Fruit of our Labor is scheduled to be screened on WORLDDOCS cable access show in the Washington, D.C. area! 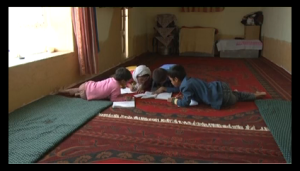 The Fruit of our Labor will be shown over two episodes of WORLDDOCS.  The first episode focusing on Afghan women will air on:

The second episode which will concentrate on Afghan men will air on:

WORLDDOCS is a public access TV show produced by Ken Meyercord which features documentaries from around the world that you won’t see broadcast on corporate TV. The show goes out over 3 public access stations to 2 million cable viewers in the Washington, D.C. area.

WORLDDOCS airs on Fairfax Public Access: (cable channel 10) in Fairfax, Loudoun, Stafford, Prince William, and Spotsylvania counties in Virginia, on Mondays at 10:00 AM; Thursdays at 1:00 AM, and Sundays at 8:30 PM; on Montgomery Community Television (cable channel 19) in Montgomery County, Maryland at 9:00 PM on Tuesdays and 11:00 PM on Thursdays (live-streamed on www.accessmontgomery.tv); and at various times on DCTV (Comcast channel 95, RCN/Verizon channel 10) in Washington, D.C (live-streamed on www.dctv.org).