CSFilm to screen and present with Windows and Mirrors in Providence, RI – Thursday July 26th 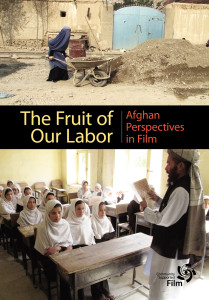 will present The Fruit of Our Labor: Afghan Perspectives in Film in conjunction with American Friends Service Committee’s Windows and Mirrors mural exhibit on Thursday July 26th.

The Fruit of Our Labor is a collection of 10 documentary shorts made by Afghans during a training conducted by Community Supported Film in Kabul, Afghanistan.  The films provide an opportunity to learn about Afghanistan directly from local women and men, as each story focuses on Afghans doing work in their communities – illuminating challenges and what ordinary Afghans are doing to make positive change.  Topics covered in the films include access to water and maternal health care, under-employment, the effects of heroine addiction on Afghan families, dealing with disabilities, and setting up schools for girls and boys.

Audiences often say watching the films are the first time they’ve heard and seen Afghans beyond the mainstream media’s coverage of the war.  The films have been well-received at numerous film festivals, and have been seen around the country at dozens of community screenings.  The presentation will also provide opportunities for audiences to get more involved in CSFilm’s Compassion Campaign for Afghan Civilians.

The Windows and Mirrors mural exhibit on Afghanistan is open to the public from July 9th to August 25th in the same building, the University of Rhode Island – Feinstein, 80 Washington Street, Providence RI. 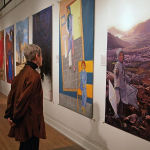 Gallery Hours for the exhibit are Monday – Thursday 9am-9pm; Friday and Saturday 9am-4pm