BTKW – Educational Curriculum about the Reconstruction of Afghanistan, provided by Primary Source

Primary Source, an organization that connects educators with history and humanities resources from around the world, has developed an educational curriculum using Brewing Tea in a Kettle of War.  BTKW’s trailer is used as a springboard to analyze post-conflict reconstruction in Afghanistan, drawing comparisons between the top-down approach of the Provincial Reconstruction Team and the bottom-up approach of the National Solidarity Program.

Please share this curriculum with any contacts you may have who work in education. The curriculum is most appropriate for high school students.

Modern Afghanistan: Making Meaning in the Aftermath of Conflict

In conflict-laden regions, improving the region’s infrastructure is often seen as a key to restoring stability and security. In Afghanistan, a nation that has witnessed more than 30 years of war, a number of different reconstruction efforts have occurred since the U.S.-led military intervention, with varying degrees of success. Using what has been termed a “hearts and minds” approach to military policy, the United States and its allies have focused on rebuilding infrastructure as a way to foster support among the Afghan people. The different reconstruction models in Afghanistan illustrate the various tensions involved when outside nations work to rebuild war torn regions. This activity draws upon a documentary film to consider those issues and asks the following questions: What is the optimal relationship between external aid providers and local participation? What factors are important to consider?

Numerous government and nongovernmental organizations have been involved in rebuilding Afghanistan. The documentary film featured here focuses on two of these programs. The Provincial Reconstruction Team (PRT), was established in late 2002 as a collaboration between the military (U.S.-led Coalition and NATO forces) and the civilian population for the purpose of improving security, government, and facilitating reconstruction. PRTs operated in various regions and were designed to create programs that reached local needs and focused on activities such as building or improving power grids, communication, schools, literacy, vaccinations, and creating jobs. Evidence of the program’s impact is limited, however, some critics of the program claim that these teams often built facilities that the nation of Afghanistan could not afford or sustain long-term and that the programs subverted the Afghan central government.

Similarly, the National Solidarity Program (NSP), the largest development program in Afghanistan, was established in 2003 under the Afghan government (with donor partners that included the World Bank, USAID, the United Kingdom, Japan and other members of the international community) to aid in reconstruction. NSP efforts centered on locally-controlled “Community Development Councils” throughout Afghanistan that allowed local villagers to decide what reconstruction projects to pursue. This greater degree of input from and empowerment of the local community bolstered the success of the NSP, and proponents have hailed the program as a model for other nations.

In this activity, students will watch a pre-production reel of the film Brewing Tea in a Kettle of War to examine how the PRT and NSP programs operated in Afghanistan and consider how reconstruction efforts are negotiated in the aftermath of conflict. Brewing Tea in a Kettle of War, produced by Community Supported Film and filmed by Afghans, provides a local Afghan perspective on rebuilding efforts. The film’s trailer provides an overview of some of these reconstruction programs and allows students to consider how foreigners and locals have worked together to make changes that can last. 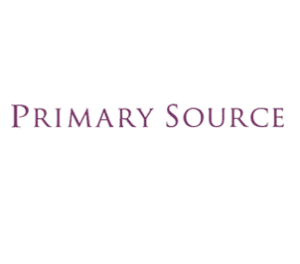