Kabul is proposing to reward villages whose Afghan Taliban fighters surrender by disbursing cash through councils that already oversee aid money. Critics say that would make the councils Taliban targets.

Afghan policemen stand guard at a check point of the Peace Jirga tent, near a billboard advertising the three-day conference in Kabul, Afghanistan on June 1. President Hamid Karzai rolled out his program to lure Taliban fighters off the battlefield, when he attended the conference last week. (Musadeq Sadeq/AP)

Kabul, Afghanistan —A plan drawn up by the Afghan government and NATO to disarm Taliban fighters is raising concerns that it could imperil one of Afghanistan’s most successful development programs.

The draft document, circulating in Kabul as the Afghanistan Peace and Reintegration Program, envisions delivering aid to home villages of former Taliban fighters. The money would be spent by elected village councils set up under the National Solidarity Program (NSP) – widely seen as one of the few bright spots in Afghan reconstruction.

On Tuesday, US special envoy Richard Holbrooke pressed the Afghan government to finalize a draft plan and get it up and running before a Kabul conference on July 20.

But international aid groups involved in the NSP say that the current draft plan would militarize the civilian program, making themselves and the village councils a target for the Taliban. They warn the plan would diminish participation in the NSP just as it begins to show success boosting Afghan attitudes about their government.

The disarmament plan “might be perceived by the opposition as a hostile measure for recruitment of combatants. Every organization associated with that project will be considered an enemy,” says Laurent Saillard, head of the Agency Coordinating Body for Afghan Relief, a consortium for nongovernmental organizations.

“It would affect one of the few successful programs in the country and reduce further the access to the population,” he adds.

An aid program that delivers

The NSP works by making small grants of around $30,000 to villages across the country and allowing them to choose which projects to pursue. The program, which has reached 70 percent of the country’s villages, is run by Afghanistan’s Ministry of Rural Rehabilitation and Development (MRRD) and funded by international donors including the United States and the World Bank.

Each village is teamed up with an NGO, known as a facilitating partner, that helps run a local election for the council and develop the village’s list of project priorities. It also provides engineering assistance.

In the village of Sakha in northeastern Afghanistan, all 118 families now have electricity for the first time after residents decided to spend their NSP funds on a micro-hydro turbine. The project was finished six months ago for less than $50,000 with the help of Afghan Aid, an international NGO.

Before the election of Sakha’s council, called a shura, the villagers had no leaders. Now the shura has become a point of contact between the Afghan government, NGOs working on development projects, and the villagers. It’s even become a local court of sorts.

“Whenever there is a dispute or a conflict between two or three among the community, first we try to solve that issue in our shura,” says Baz Mohammad, the shura chief. “After NSP, we learned to send applications and requests to organizations and the government … we know where to go to get help.”

Seeking synergy
The Taliban reintegration program envisions giving these councils another task: taking reward money for local Taliban fighters who surrender and spending it to benefit the entire village – including the ex-combatants and their victims. The former fighters might also stand for election to the shuras.

The Karzai government developed the draft plan with the help of NATO specialists under Gen. Phil Jones, the director of the Force Reintegration Cell in Kabul.

Jones says one of the goals was to avoid creating “additional or parallel” government structures. The councils are already trained to take government money and spending it on a prioritized list of projects.

There’s no need to reinvent the wheel “where they have already developed a sensible list of projects,” he argues. “One of the red lines for us is not to create existing things.”

The councils would not be asked to “tackle the higher level political questions” involved in reintegrating insurgents, according to the draft document.

Not a done deal
Still, all this sounds worrisome to Mohammad Tariq Ismati, the government’s executive director for the NSP program.

“The NSP is already loaded with a lot of concerns,” including local development and community conflict resolution, he says. “We cannot risk it by adding such a sensitive and politicized process.”

The plan, he says, is trying to turn the NSP into a tool of counterinsurgency by helping stabilize villages and win the residents over to the side of the government. While that’s never been the reason for the NSP, new data suggest it is achieving some of those results.

A donor-funded study led by Harvard University researcher Andrew Beath looked at a random sample of 500 villages, half with NSP and half without. Villages with an NSP project gave slightly higher marks to the Afghan president, provincial and district leaders, and the US military. NSP villages did not see security improve, but the perception of safety went up by four percentage points.

“The process of mobilizing the community and widening the participation of villages is itself contributing to stability and security in localities,” says Mr. Ismati. But “using the NSP as a model for counterinsurgency will put the model at risk.”

He is confident that the draft plan can be changed before it’s finalized. But he is unhappy that the proposal has already created unrest among NGOs such as Afghan Aid that work on NSP projects.

Representatives from the World Bank, which oversees the funding of the NSP, say that using the NSP councils will likely be edited out because of the harm it would do to the program.

“If the facilitating partners [NGOs] are not keen on doing this – and many have ideological problems with it – it’s not going to work,” says Qazi Azmat Isa, a senior rural development specialist with the World Bank in Kabul.

But General Jones gave no indication that the pushback on the idea was likely to sink it. The decision will have to come from the Afghan government.

Plan B?
Few alternatives exist beyond the NSP village councils to receive the reintegration money. Giving it directly to the ex-combatants would give people incentives to join and quit the insurgency for the rewards. At the village level, few other credible leaders exist, and district-level government in Afghanistan is famously corrupt and ineffective.

The plan includes other money to provide jobs around the country through various Afghan government ministries, including new engineering and construction corps and an agricultural conservation corps.

“Young men from the community of fighting age can be given preference to deny recruits for the insurgency,” reads the draft plan. Recruits for the conservation corps would, instead of picking up a gun, be planting trees. 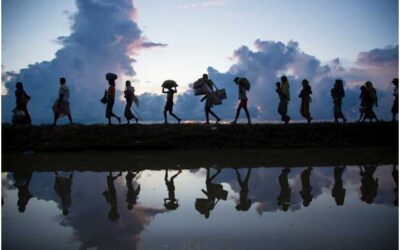 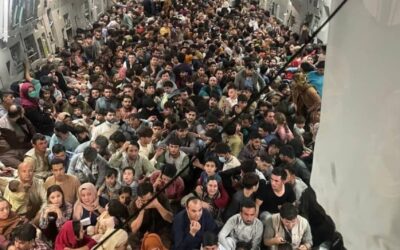