NADALI, Afghanistan — More than 600 men, most of them farmers with weathered faces and rough hands, sat on the ground under an awning, waiting all day to deposit their ballots in plastic boxes. They had braved Taliban threats and road mines to come here to select a district council, part of a plan to strengthen local government in the most unstable parts of Afghanistan.

“The important thing is we are trying to build trust between the people and the government,” said Qari Mukhtar Ahmad, a senior cleric attending the election last month. “This district was under fighting for a long time, but now there is peace and we have to listen to the people and bring them together.”

Peace is a relative term in Nadali, a district in the southern province of Helmand with one of highest levels of roadside bombs per square mile. Government officials still have to fly by helicopter from the provincial capital, Lashkar Gah, rather than risk the 20-minute drive.

The district encompasses Marja, a Taliban stronghold where United States Marines have been battling insurgents since February. Marja remains largely ungovernable, but the operation broke the hold of the Taliban in the rest of the district, making it stable enough to try to set up some local representation.

The election here, an exercise in nation-building from the ground up, is part of a pilot program to set up 100 district councils to provide representative government in places where government has largely been absent. But the councils, backed by the British and American governments, also represent a critical element of counterinsurgency strategy: if they succeed, the hope is they will convince people that there is a viable alternative to Taliban rule.

Since the beginning of the year, 35 such councils have begun work in nine provinces, and the American and British governments have pledged financing to establish 100 by July 2011, officials said. The ultimate goal is to have directly elected councils nationwide.

“It is a vital, basic element of administration,” said Christopher Demers, an adviser for theAgency for International Development in Kandahar. “Building a people’s body like this is important, it is giving people an opportunity to speak with the government.”

Military officials in the United States-led coalition have often expressed frustration at the inability of the Afghan government to move quickly into secured areas and start governing. Yet Afghan officials say that it is a lengthy task to build an administration from scratch and gain the trust of a population that has suffered at the hands of predatory officials and repeated military operations by foreign forces in recent years.

In many districts, like Nadali, there is little government presence, often only a district chief and a police chief, both appointed by the central government in Kabul. They have few resources or personnel. Most district chiefs have no official car and an official budget of only $12 a year, the United Nations said last year.

One of the successes of the Afghan government over the past eight years has been the National Solidarity Program, which set up small development councils across the country to undertake small reconstruction projects in every village. Yet it takes six months just to elect and train community councilors and two years to complete a village project, said Wais Ahmad Barmak, deputy minister in the Ministry of Rural Rehabilitation and Development, who has 30 years experience in community development.

In the most insecure areas, like Helmand, the ministry has had to suspend its work, he said.

In Nadali it has taken a year of visiting villages and persuading people to cooperate with the government to get them to the point of electing the district council, said the district chief, Habibullah Shamlani, a former police academy instructor.

After several gatherings around the district, 600 representatives were selected to come and vote for 45 councilors, all of whom must live in the district, a change from the absentee landlords or tribal chiefs who have traditionally made the decisions.

“This district council should make all the decisions which affect the life of the district,” said Jelani Popal, who leads the local government directorate, an arm of the national government that is running the program. “We will use them for security reasons, like reintegration, they will be very active in deciding about development, but also governance, they can communicate or channel the grievances of the people to the governor and district governor.”

Those who took part in the selection said they were taking the risk because they needed representatives to intercede with the government and the foreign forces on a variety of problems from securing the release of detainees and compensation for war damage to resolving tribal and land disputes and winning development assistance for their areas.

“We hope the government will do something for us if we have this district council and we can share our problems with the higher authorities,” said Feda Muhammad Khan, an elected councilor. “We are fed up with the fighting, and there is a drought, and we are hoping peace will knock on our door.”

One of the main tasks of the council will be to persuade local insurgents to give up the fight and return to a peaceful life in the community, or if not to move away and stop destabilizing the area, Mr. Shamlani, the district chief, said. Already 40 people who were with the Taliban have been persuaded to quit fighting, he said.

“We are working step by step,” he said. “We cannot put too much pressure on the people to reject the Taliban. Gradually now, people have found some courage to point out who are Taliban. If things are sustained the same as now I am hoping by next year we will know who is behind it all.”

The key has been to deliver on promises of assistance and treat the people well, he said. “It takes time; you have to go and talk a lot and spend money,” he said.

But there is already evidence that the Taliban are fighting the councils much as they have resisted other government initiatives.

Some of the participants said they risked assassination if the Taliban in their area discovered that they were cooperating with the government. At least five councilors have been killed and one has been wounded since the four councils were formed in Helmand Province, officials said, presumably by the Taliban.

And the representatives choosing the council here included Taliban members, several participants said. They, too, wanted representation to help win the release of their people who have been detained.

Maj. Abdul Salam, who runs the police criminal department in Nadali, said the fact that 600 representatives showed up was itself a vote of confidence in the process.

“These people are here because they have some hope that the government is gaining strength and they are hoping they can defend themselves,” he said. “But you are right, they are in some danger.” 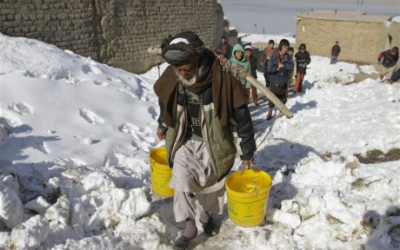 ON AFGHANISTAN | Helping Afghans with food, housing and evacuation

We can not thank you enough for your generosity. There is still a lot to do to bring families to safe and permanent homes. We can only do it with your support. 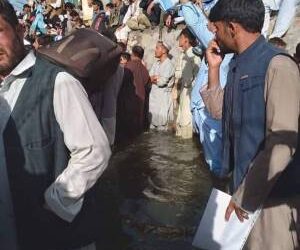 Community Supported Film urgently needs resources to support our Afghan colleagues. We are establishing an Afghan Evacuation & Resettlement Fund. The funds will be used for ground evacuations and resettlement support during the long process of applying for asylum in the US. 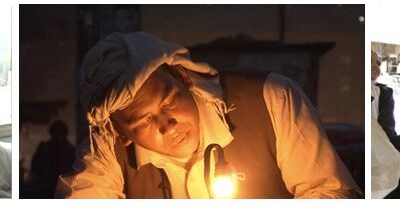 It has been a terribly long and hard two months since we last sent an update. Our days have been consumed with trying to help Afghans figure out their logistical and legal options for evacuation and resettling. While good news often feels elusive, there are some bright spots!